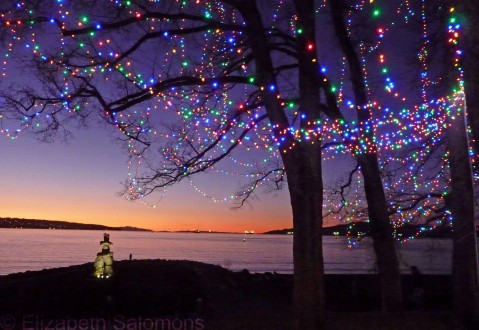 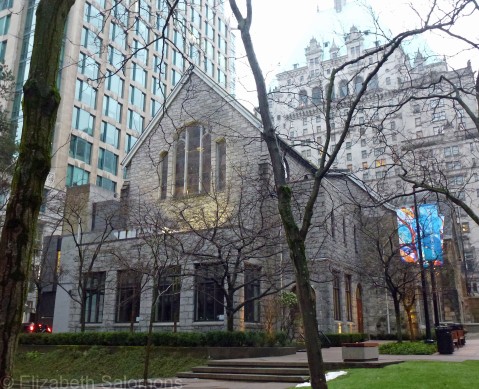 And it’s yet another birthday post, this time for Vancouver’s Christ Church Cathedral. The congregation worshipped together for the first time 125 years ago today at 720 Granville (which, funnily enough, is now the site of a Starbucks) and was made the Cathedral Church of the Diocese of New Westminster of the Anglican Church of Canada in 1929.

Although Christ Church is not the oldest congregation in Vancouver, it does worship in Vancouver’s oldest church building. That would be the stone building standing at the corner of Burrard and West Georgia. It was constructed on land bought from the Canadian Pacific Railway, but for several years the congregation didn’t get much beyond finishing the basement, which was nicknamed the Root House. When the CPR objected to what they called an eyesore, the current building was built in the Gothic Revival architectural style. The exterior is sandstone, its ceiling is cedar, and the beams and floor are made from old growth Douglas fir. The building was dedicated in February 1895. 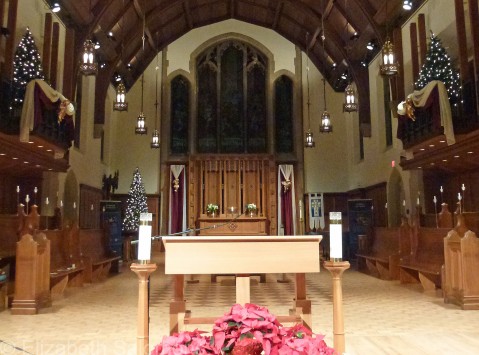 Christ Church is located right in the centre of Vancouver’s downtown district. In the 1970s, the congregation voted to tear down the existing building and replace it with an Arthur Erickson–designed high-rise tower, but public opposition was so strong that in 1976 the cathedral was declared a heritage building. The building has been renovated six times; its most recent renovation was completed in 2004 with the installation of a new Kenneth Jones organ. The congregation had plans to build a bell tower, but before it had the chance to do so, the city passed a by-law restricting church bells. Christ Church is the only church in downtown Vancouver without a steeple.

A special treat this Christmas season is the almost life-sized nativity figures on display in the west alcove of the church; these are on loan from the Hudson’s Bay and are the same nativity figures that used to be displayed in the store’s windows at Christmas time. They were carved in Italy in the 1950s and belonged to Woodward’s before they were passed on to The Bay. Christ Church Cathedral asked to borrow them this Christmas season as the congregation begins a year-long celebration of its 125th anniversary. 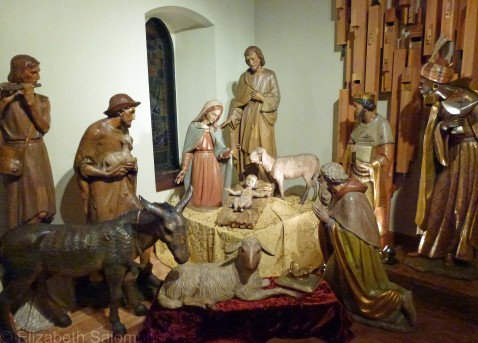 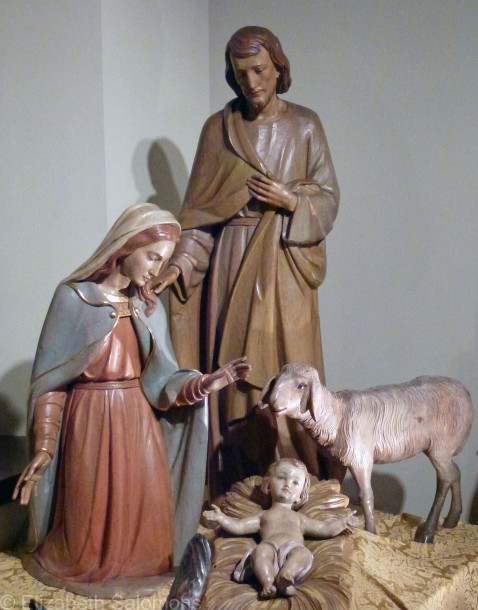 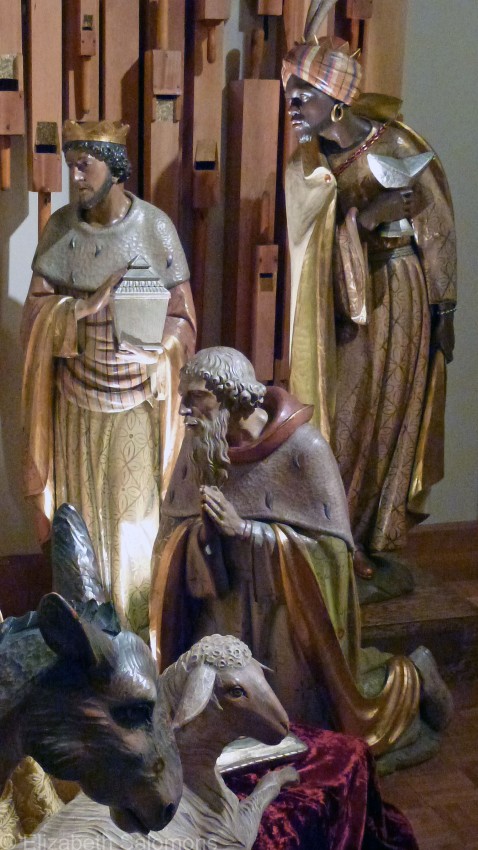 I’ve been to the cathedral for many a worship service ― these photos were taken last night after the Festival of Nine Lessons and Carols ― as well as several concerts and author readings for which the cathedral is a popular venue. After arriving very early many years ago to get a good seat to hear Timothy Findley read from his newest novel (and, as it turned out, only months before his death), I eavesdropped while a woman seated behind me explained to her companion that Christ Church was known as the church of lawyers because the funerals for the city’s most powerful lawyers are typically held there. It was one of the more bizarre bits of trivia I have ever heard about the cathedral.

But then, I like to think that there are 125 years’ worth of weird and wonderful stories to be told about Christ Church Cathedral. If only its walls could talk. 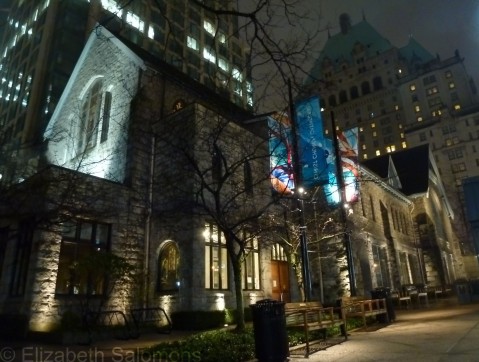 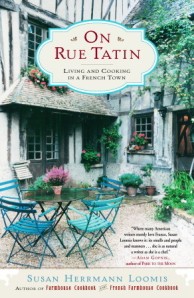 How many shopping days until Christmas? I think I have time to squeeze in another book recommendation.

This one is by another American cookbook author who transplants herself to France, but she doesn’t write about cooking in the World’s Most Glorious ― and Perplexing ― City. Instead, she and her family live (and cook and eat) in a small village in Normandy.

On Rue Tatin by Susan Herrmann Loomis is part travel memoir, part cookbook. There is one long tedious chapter to get through that describes her history with France and how she and her husband came to live in Normandy, but after that the book picks up its pace. Many pages are devoted to their struggles (and expenses) of renovating the house they bought beside the Romanesque/Gothic village church into a family home. The building was a convent for three hundred years, then an antique shop; I dread to think of what it looked like when she first set foot inside. It is in this convent-turned-home that she also teaches week-long classes at her cooking school, also named On Rue Tatin.

Although the first chapter of On Rue Tatin almost made me put the book down (what was her editor thinking?), Normandy is an underrated region of France and for that reason alone I recommend giving the book a read. I also have to ’fess up that Loomis’s assessment of the amount of rain Normandy is known for made me laugh: as a former Seattleite, she assured her readers it was nothing. That was enough to convince me that I would feel right at home in Normandy. And her recipes are enticing enough that I have already decided my next cooking class will be on Norman cuisine (here in Vancouver, alas, not in Normandy). But I can already smell the tarte tatin I will be baking.

Are you still searching for the perfect Christmas gift for the armchair traveller in your life? Perhaps you could use a suggestion for your own holiday reading. Either way, here’s a book recommendation for you: The Sweet Life in Paris by David Lebovitz.

I discovered David Lebovitz’s writing through his blog called, appropriately enough, Living the Sweet Life in Paris. But even if I had never heard of the guy (or his blog), I would have grabbed the book off the store shelf on the merit of its subtitle alone: Delicious Adventures in the World’s Most Glorious ― and Perplexing ― City.

David Lebovitz is a San-Francisco-pastry-chef-turned-cookbook-writer who starts life over in Paris following the unexpected death of his long-time partner ― a move he describes as “an opportunity to flip over the Etch A Sketch” of his life. Once in Paris, his writing shifts and his books expand from simply recipes to an examination ― centred around food, of course ― of all the ups and downs of living in Paris.

The Sweet Life in Paris is the result. It’s a book of short essays about daily life in Paris, followed by an appropriate recipe. Some of the links are tenuous, like when Lebovitz follows a description of French plumbing woes with a recipe for a meringue dessert called Floating Island. (The connection between the two? He recommends not flushing the meringue down the toilet if it doesn’t turn out.) Others are bang on, like his recipes for Chocolate Mousse that accompany the story of how he discovered the secret to dealing with French bureaucrats is to bribe them with free copies of his cookbooks.

Lebovitz’s credibility shot up when I read his recommendation that, if you don’t like anchovies, be sure to try them fresh in Collioure on the Mediterranean coast. I’ve eaten fresh anchovies in Collioure ― they would convert any non-believer.

But while Lebovitz’s descriptions of food in The Sweet Life in Paris are mouth-watering, as are his recipes, what I appreciate most about this book is his ability to see the funny in the incredibly frustrating idiosyncrasies of Parisian life. I’m with him 100% as he puzzles over why European washing machines take two hours to wash a load of laundry that would take North American machines a mere 40 minutes. Most of all, I wish I’d known his system for navigating the aisles of a Parisian supermarket before I spent a winter in Paris:

I hold [my basket] in front of me as I walk, like the prow of a battleship, to clear the way. That doesn’t always work, as Parisians don’t like to move or back up for anyone, no matter what. So sometimes I hide my basket behind me, then heave it forward at the last moment; the element of surprise gives them no time to plan a counteroffensive, and when the coast is suddenly clear, I made a break for it.

I lost count of how many times I had to sidestep, trip over, or squeeze past Parisians who refused to budge an inch in the narrow aisles of Monoprix or Carrefour. Now I can’t wait to go back and try out Lebovitz’s technique.

Even if you’ve never been to Paris and don’t know the difference between a pastry brush and a pastry blender, pick up a copy of The Sweet Life in Paris. It’s good for the laughs.

Through My Lens: City of Light

Speaking of Christmas, I think it’s time for another photo from Paris. The City of Light is prettily lit most of the year; in December, its light show is put on steroids.

The question is: which photo to post? I took so many … 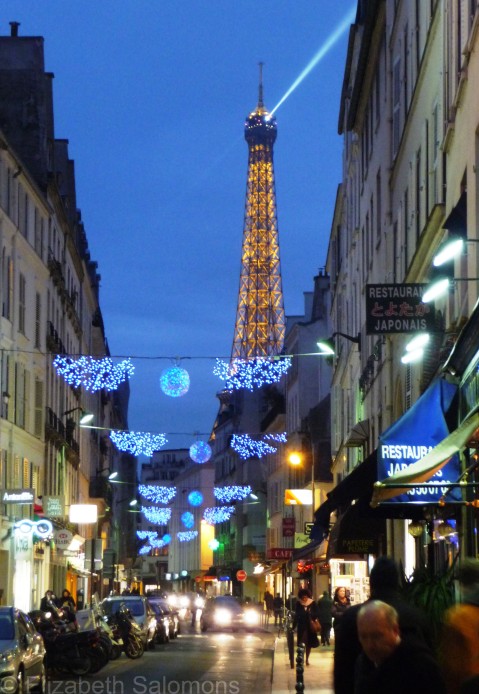 Through My Lens: Vancouver Christmas Market 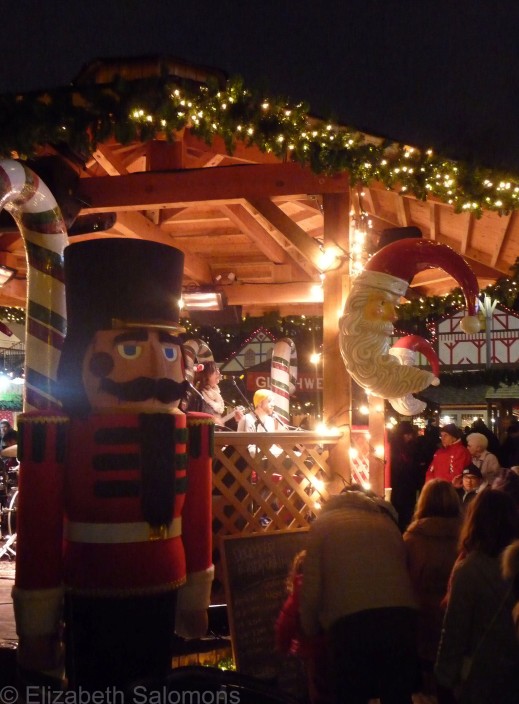 The Vancouver Christmas Market isn’t anywhere near as magical as any of the Christmas markets I’ve seen in Europe. But it does give me a chance to play around with my camera.

“What counts in life is not the mere fact that we have lived. It is what difference we have made to the lives of others that will determine the significance of the life we lead.” — Nelson Mandela

Nelson Mandela’s long walk is over and he is forever free. South Africa ― indeed, the entire world ― is now mourning his passing and celebrating his life.

Mandela was an ordinary man who responded to an unjust world in extraordinary ways. In the plethora of this week’s news coverage coming out of South Africa and the tributes for Mandela pouring in from around the world, the words of one Canadian TV journalist stood out for me. He reminded us that it is difficult today to imagine how the very idea of a peaceful outcome to the end of South Africa’s apartheid regime seemed like pure fantasy more than 30 years ago.

Mandela showed remarkable grace in finding a way to forgive and demonstrated remarkable political skills that were instrumental in birthing a new South Africa. Without him, I doubt I would have ever travelled to what for me was one of the most beautiful and most complicated countries I have ever visited.

Today was a National Day of Prayer and Reflection in South Africa. South Africans gathered in churches and mosques and synagogues to reflect on and give thanks for the man they call “Tata” ― the isiXhosa word for “father.”

One of the places where South Africans gathered was St. George’s Cathedral in Cape Town. St. George’s is known as the People’s Cathedral for its role in the resistance against apartheid. It was one of the few places during the apartheid regime where people of all races were free to worship together and it was here in 1989 that Archbishop Desmond Tutu first referred to South Africans as the Rainbow Nation. I visited this cathedral in 2011, which is when I took this photo.

If I could have been anywhere on the planet today, I would have chosen this church, this city, this country. 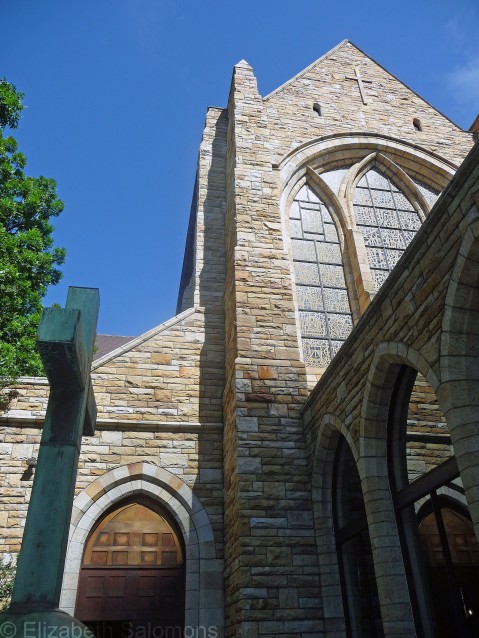 I was pleasantly surprised to discover during my visit to Alberta last month that the city of Red Deer also has a set of murals scattered around its downtown core. Like the Anacortes murals I photographed back in October, most of these are based on old photographs and all of them offer a glimpse of Red Deer’s history through the years. 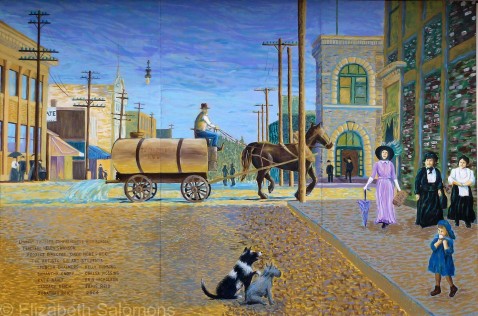