Christmas at the Met

Seriously, how is it possible that Christmas is just around the corner??

My last post was about New York, so today I’m posting again about that city. Here is a photo I took when I was at the Metropolitan Museum of Art two years ago to check out their Christmas tree. This is an annual display in the Met’s Medieval Sculpture Hall. Surrounding the tree are figurines from a Neapolitan Crèche dating from the Baroque era. The detail of these figurines is exquisite.

New York at Christmas time is magical — almost (but not quite!) as magical as Paris. Two of my closest friends are in New York this weekend, taking in the Christmas spirit, and I’m so pleased they get to experience the magic for themselves.

Everybody should, at least once. 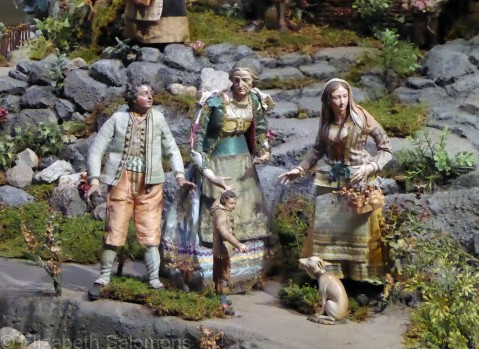 Through My Lens: Empire State Building From the High Line

A month ago today (a month? already??), I flew home from New York City. Here’s a photo I took from the High Line while I was there.

I love visiting New York. It’s one of those cities I return to every chance I get because there’s just no place like it. New York has all the energy. All the energy.

I was surprised when I stopped to count and realized this last visit was my fifth time in the Big Apple. What was also a bit of a surprise — when I stopped to think about it — was that it took five visits to make me realize that New York is not an easy place to live.

I guess I’ve never stopped to think about how, in New York, you do the kind of things that make up a life. Like where you buy your groceries. Where you walk your dog. How you cope with a minuscule apartment (because apartments in Manhattan are ti-neeee!). Or how far you might have to commute when you work in Manhattan but can’t afford to live there.

That’s not to say the Canadian cities I know best (namely, Vancouver and Toronto) don’t have their problems. But as I rode the A train all the way from Manhattan to JFK to catch my flight home, it hit me that all those exhausted faces I was looking at had to ride that overcrowded train every single day.

I won’t describe my week in New York as relaxing — New York is never relaxing when you’re trying to squeeze in as many museums and performances and restaurants as possible. But it was a good break from my work and my life.

As all weeks away should be.