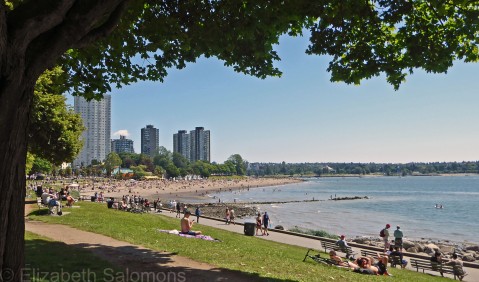 English Bay Beach is the most urban-looking of Vancouver’s beaches, thanks to its close proximity to the residential towers of the West End.

Also known as First Beach (although no one calls it that), English Bay Beach has been popular with the residents of Vancouver since the 1890s, which is when they first began building summer cottages along the bay. Two of those cottages were still standing when I moved to the neighbourhood some 20 years ago, but they’ve since been down torn down and replaced with a boutique condo.

Typically at the end of July, more than half a million people descend on English Bay Beach for three nights of fireworks competition during the annual Celebration of Light. Not this year, of course — and who would have thought I would miss all that chaos?

Instead, this year, English Bay Beach became infamous for its beach log jail when our iconic beach logs were locked up behind metal cages for the first ten weeks of the pandemic. The reason? To avoid large groups congregating on the logs.

English Bay Beach is popular with swimmers and although the lifeguards are back during this summer of Covid, the floating slide is not. 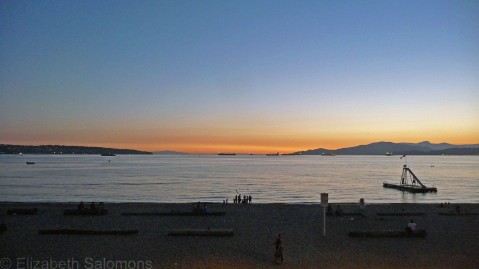