I missed Thanksgiving the year I backpacked around Europe with my girlfriend. We joked about what we thought was our Thanksgiving dinner (bratwurst and sauerkraut in the Munich train station) on the day we thought was Thanksgiving, but we later found out we had the wrong day. I think we even had the wrong week. That’s what happens when you hop on and off trains and check in and out of hostels on a daily basis: the days become a blur.

I remember telling the story of our missed Thanksgiving to two Nebraskan sisters we had met on a train. They looked at me, puzzled. “You can’t have Thanksgiving,” they said in unison. “You didn’t have pilgrims!”

It never made sense to me why turkey had to be eaten with cranberries until my first trip to Massachusetts. There, while camping on Cape Cod, I found wild cranberries growing every which way I turned. And Cape Cod, of course, is just around the corner from Plymouth, where the aforementioned all-important pilgrims first landed on America soil.

“Aha!” I said to myself. “It’s all those pilgrims’ fault that we are stuck eating cranberries every holiday dinner.”

I will have Thanksgiving dinner tonight with my family. There will be cranberries. And pumpkin. But no turkey.

And no, Canada didn’t have pilgrims. We are thankful, none-the-less. 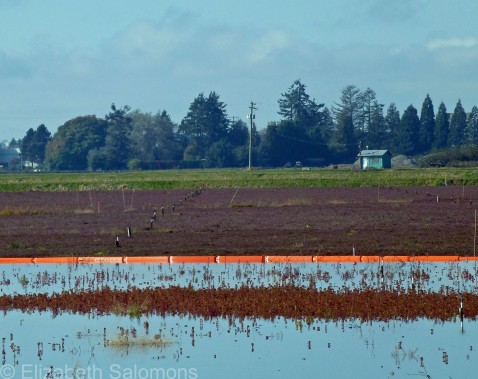