My favourite Vancouver beach is Third Beach. Like Second Beach, it’s part of Stanley Park, but it is enough of a walk from my home that it feels like a destination beach. And with its small parking lot, it’s never as crowded as some of the more popular beaches on the other side of English Bay.

Much of the forest behind Third Beach was cleared by the military during World War II to make room for an army barracks. The soldiers were there to command a gun battery at Ferguson Point and a lookout point opposite Siwash Rock, both of which overlook Third Beach. The gun installation is no longer there, but the lookout still is.

It’s odd, some 80 years later, to think of Stanley Park as a strategic military site, but because of its location at the entrance to Burrard Inlet and the Port of Vancouver, it most definitely was. 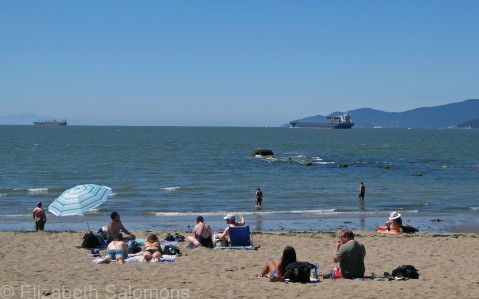