So I learned something the last time I was in Berlin. My dad and I were trying to take the train to Wittenberg, but almost ended up in Wittenburg.

In other words, we were headed in pretty much the opposite direction of where we wanted to be going.

After a quick chat with the train conductor, my dad and I disembarked at the next station, took a train to somewhere in the middle of nowhere, and waited there for yet another train that would take us south. We eventually did reach Wittenberg (with an “e”).

Why Wittenberg? Because we wanted to see this door.

That would be the door to the Schlosskirche or Castle Church to which Martin Luther is said to have nailed his 95 theses 500 years ago today, on October 31, 1517. You can see the tower of the Schlosskirche in the photo below.

Luther’s theses went viral, you could say, and caused a bit of an uproar in the Christian church. Wars ensued — lots of wars — and, well, a lot of general mayhem. The world has never been the same since.

Some might say a little reformation, now and then, is a healthy thing, but I doubt that Luther had any idea of what he was starting when he picked up that hammer. 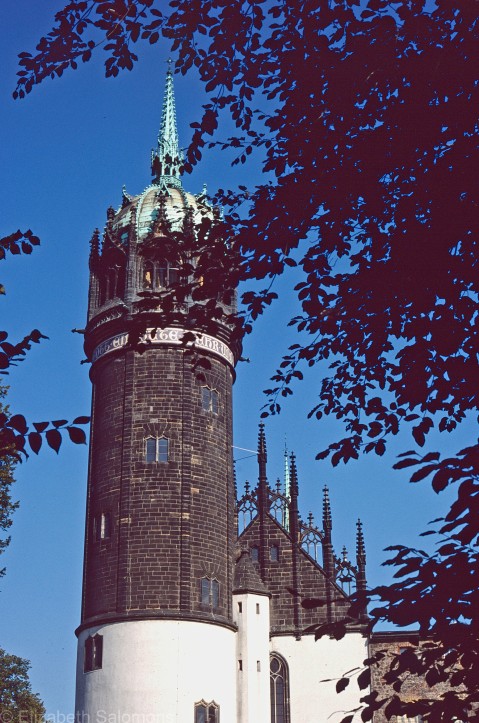