It had to happen. Eventually. Inevitably.

The day finally came when it was time for me to leave Amsterdam.

Happily, I had two friends to distract me. They came from Germany for a quick visit and that meant my last day in Amsterdam was more party-like than funereal.

And then, they drove me to their home in southern Germany. But to break up what turned out to be a long day of driving (why is it we Canadians always underestimate how large European countries are?), we stopped off in Aachen to have lunch with a mutual friend.

Aachen (pronounced AH-ken, with a bit of throat clearing on the “ch”) is in a tiny little corner of Europe where three countries come together: Germany, Belgium, and the Netherlands. Our time there was short, but long enough for a lightning quick walking tour of the old town.

In that lightning quick walking tour, I learned that Charlemagne was rather fond of Aachen, and made the city the capital of his Holy Roman Empire. I also learned that Charlemagne built a chapel, which became part of his palace. The palace no longer exists, but the chapel is now part of the Aachen Cathedral. It’s a pretty spectacular church — so spectacular that I’m going to save those photos for a post all their own.

This photo, though. I’m posting this photo because the architecture caught my eye. Only a few miles from the Dutch–German border, but I know I’m not in Holland anymore. 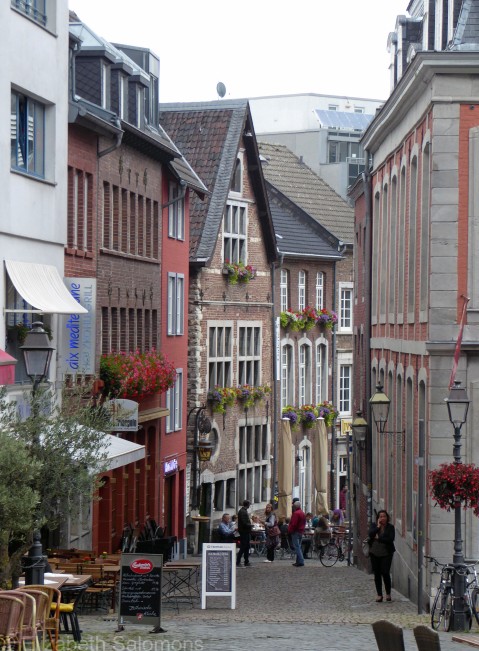