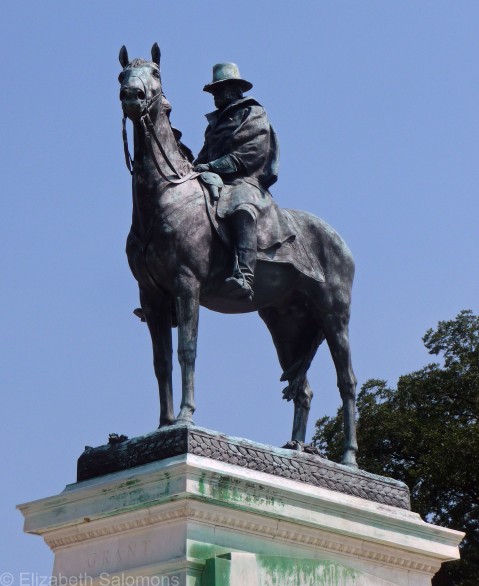 When I was going through my Gettysburg photos the other week, I came across these shots of the Ulysses S. Grant Memorial and realized my series on the National Mall monuments to American presidents was incomplete.

Ulysses S. Grant, 18th President of the United States, was in office from 1869 to 1877. He was also the Commanding General of the United States Army during the American Civil War. I guess Grant is considered a “minor” president since his memorial isn’t nearly as noticeable or as impressive as the monuments to the “major” presidents scattered around the Mall. But, it is one of the largest equestrian statues in the world.

Located at the base of the West Front of the Capital, the memorial was sculpted by Henry Merwin Shrady over a period of 20 years and was dedicated in 1922, the centenary year of Grant’s birth. The sculpture consists of three parts: Grant is seated on his favourite horse, Cincinnati, and faces the Lincoln Memorial ― so designed in order that “the general who fought for the Union could forever sit facing the president who saved the Union.”

On either side of Grant are sculptures of Union soldiers: artillery soldiers to his left and cavalry soldiers to his right. Grant’s face is hard to see; it was the faces of the soldiers that grabbed the attention of my camera lens. 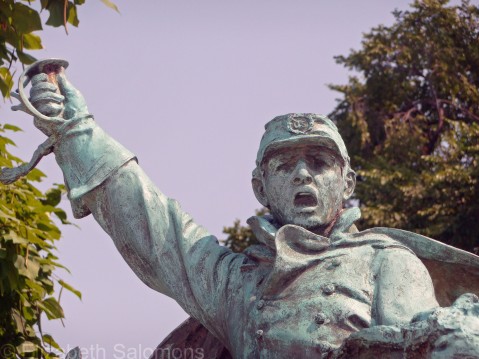