And now, for something completely different. 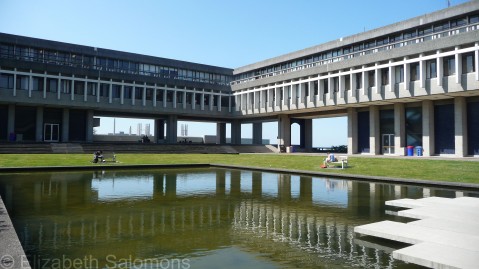 Unlike the universities I wrote about in the previous four posts, whose campuses are all situated smack in the middle of a city, Simon Fraser University sits above the city, on top of a mountain. (Which, in my humble opinion, takes the notion of an Ivory Tower a tad too literally.)

Construction of SFU’s Burnaby campus was begun in the spring of 1964, and the university welcomed its first 2500 students in September 1965. 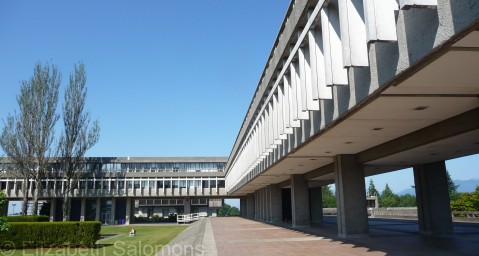 The architects were Arthur Erickson ― probably Vancouver’s best-known and most influential architect ― and Geoffrey Massey. The campus atop Burnaby Mountain is in the Brutalist style of architecture, and won the 2007 Prix du XXe siècle from the Royal Architectural Institute of Canada, which recognizes buildings of significance to Canada’s architectural history. 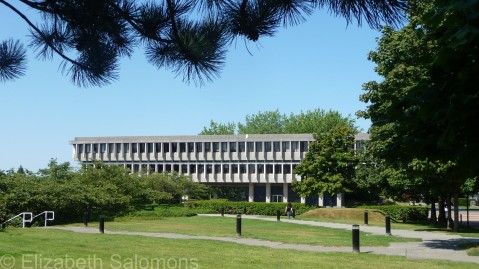