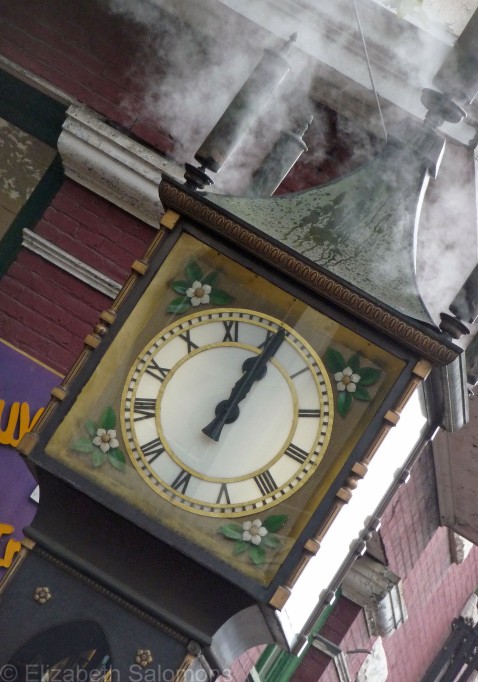 The Gastown Steam Clock is one of those attractions that visitors to Vancouver love to seek out. Tourists all want their photos taken in front of the whistling clock ― it’s hard to think of Gastown without it.

So imagine my surprise last month when I was wandering around Gastown and discovered the steam clock has gone walkabout. Turns out it’s in the shop for repairs and maintenance. In its place stands a cardboard replica ― which, sadly, doesn’t do it justice.

Why the love affair with the iconic steam clock? 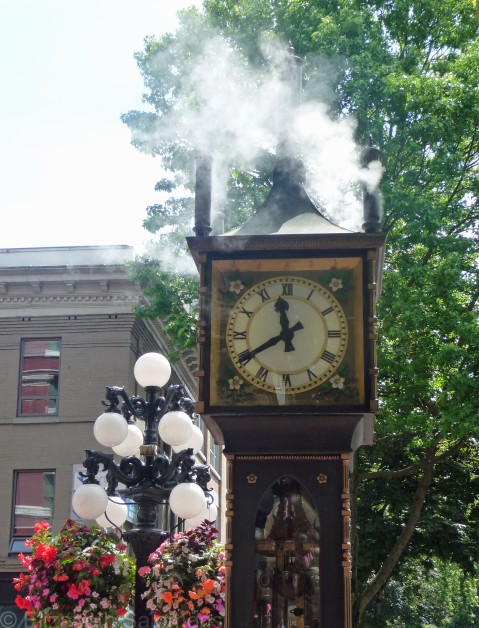 Although designed to blend in with the Victorian architecture that surrounds it (it’s modelled after an 1875 English clock design), Gastown’s Steam Clock was built much more recently ― in 1977. The largest of its five steam whistles comes from the retired CPR steam tug SS Naramata.

The clock serves a more utilitarian purpose than merely decorative, though. It was built to cover a steam vent on the northwest corner of Cambie and Water. (An aside: did you know that a large section of downtown Vancouver, including BC Place, Rogers Arena, the Pacific Centre Mall, and the Vancouver Central Library, is heated by steam? I did not. The things I learn doing research for this blog.) 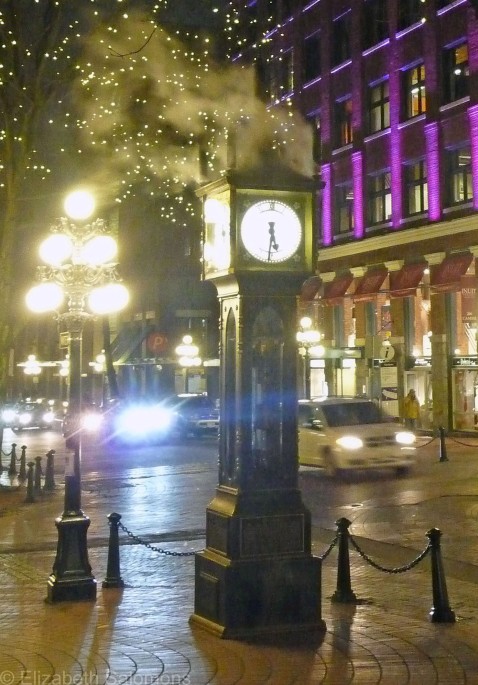 Gastown’s Steam Clock sounds the Westminster Chimes on the quarter-hour, so I guess you could say it is Vancouver’s Big Ben. That’s probably stretching it a tad, but the clock is beloved by tourists and locals alike.

Repairs are due to be completed sometime this month. When the steam clock is once again back in its place, all will be right in Gastown’s world.