But you all know that, right?

This land we call Canada has been inhabited for tens of thousands of years by the Indigenous peoples, and then by European settlers who came long before 1867. So 1867 wasn’t the start of anything, really, because Canada is much, much older than 150.

Sir John A. Macdonald — or Sir John A., as I like to call him — became our first prime minister. That’s him below.

The name “Canada” comes from the Indigenous word kanata, which means “village.” As we celebrate Canada today, let’s make sure we celebrate all of our origins. 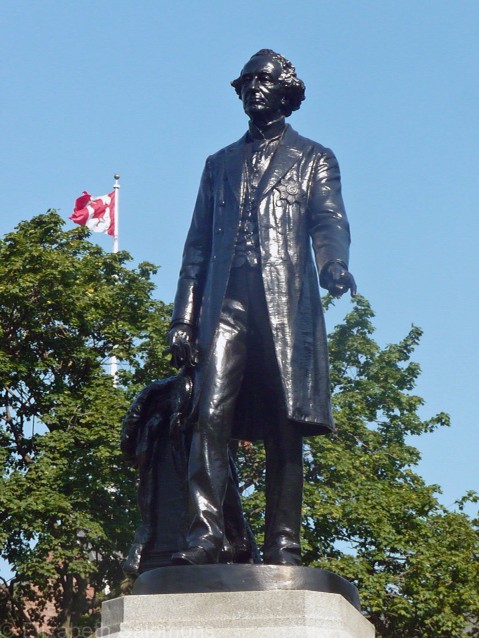