In the house where I grew up, we had two kinds of cheese: Dutch cheese … and everything else. And by Dutch cheese, I of course mean Gouda cheese. (Which is pronounced GHOUW-da, with a guttural “g,” not GOO-da. If the “g” is too much for you, think HOW-da, and stress the “h.”)

But the town of Gouda, I learned last week, has a whole lot more to it than just its cheese.

For one, there’s a pretty impressive Stadhuis, or Town Hall, built way back in the middle of the fifteenth century in the Gothic style.

For another, there’s a pretty impressive church, known as the Grote Kerk (Great Church) or Sint Janskerk. At 123 metres, it is the longest church in the Netherlands. 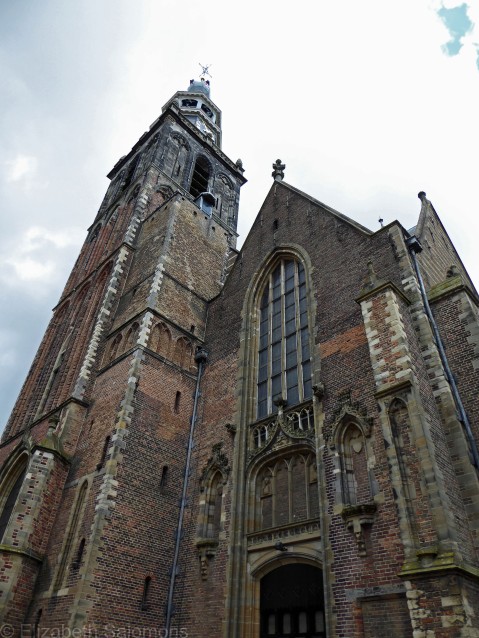 These streets are a delight to wander through. 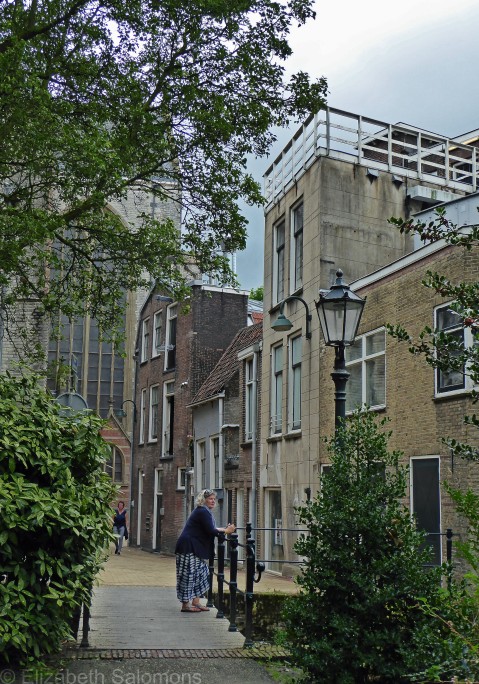 Naturally, Gouda cheese does play a big role in Gouda’s tourism, and the city does a fine job of using it to promote itself.

During the summer months, there is a weekly cheese market (which we did not see) that takes place in front of the Waag or Weigh House.

But I did buy some cheese at the regular Saturday market that was going on in the Markt or market square.

People were first attracted to the area around Gouda by the peat that was plentiful in the nearby swampy marshland and which they harvested. This was back in the eleventh and twelfth centuries. By 1272, Gouda was granted city status. It is less than an hour from Amsterdam by train and well worth a visit.

Even if you’re not as crazy about cheese as I am. 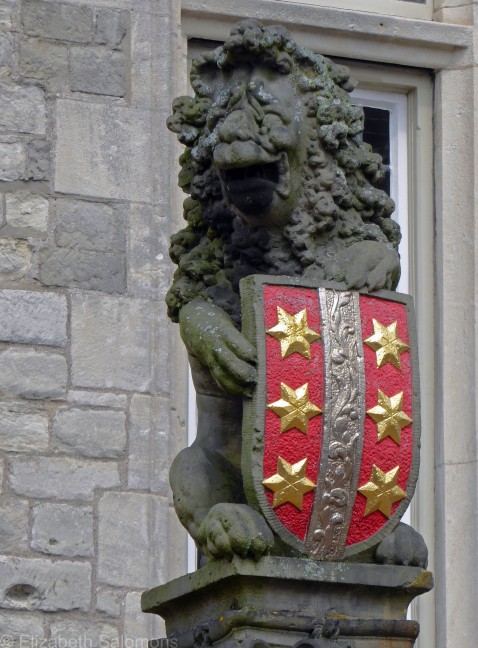