Through My Lens: Nieuwe Kerk of Delft 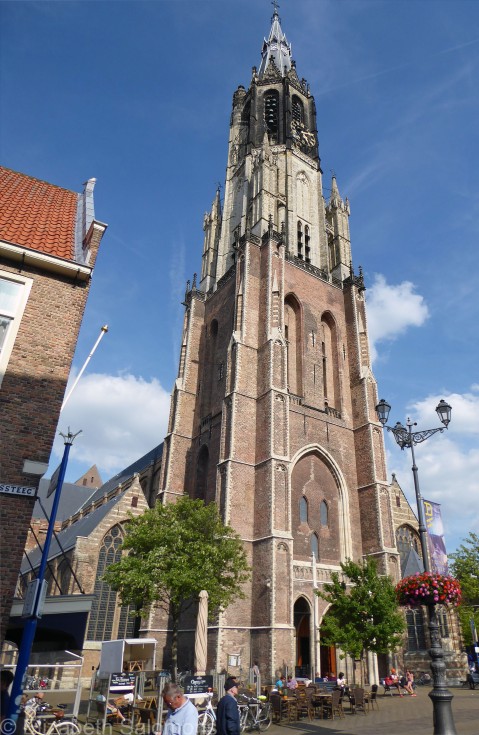 Once again, it’s the Season of Lent and I have more photographs to show you of the many Dutch churches I visited some eighteen months ago. For today, the First Sunday of Lent, here is one of the Nieuwe Kerk (New Church) of Delft.

It’s called the Nieuwe Kerk because it was built about 150 years after the Oude Kerk (Old Church), which is located a few canals over.

There is a story of how it came to be that a new church was built in Delft. Way back in 1351, a man named Jan Col shared some food with a beggar named Symon who was hanging out in the Grote Markt (Great Square) of Delft. At that very moment, the two men saw the same vision of a golden church.

Symon died soon after, but Jan Col continued to have the same vision for another 30 years. He began a campaign to have a church built on the spot where he and Symon first had their vision.

Eventually, the town burghers gave in. Construction began in 1393, and the church was completed in the mid-seventeenth century. There have been several towers — the first was destroyed by fire and the second by lightning. The current tower was completed in 1872 and is the second-tallest church tower in the Netherlands.

Oh, and those visions Jan Col had for 30 years? Turns out they were will-o’-the-wisps.