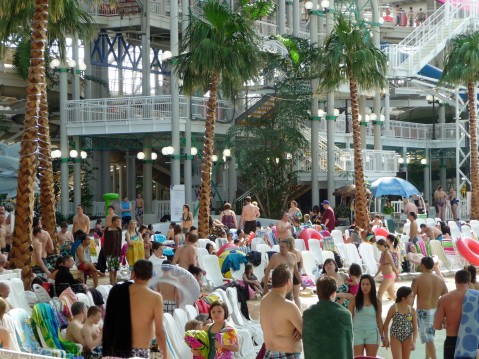 Yup. I’m writing about a mall. Not just any mall. The mall.

I’ve been debating whether to write this post. What is there to say about West Edmonton Mall? It’s big. It’s huge. It’s there.

But then I looked online to see what the Lonely Planet website had to say about Edmonton and laughed when I read, “Edmonton? Is that the place with the big mall?” After I stopped laughing, I realized that the mall does have a world-wide reputation. So, here’s a quick summary for you.

West Edmonton Mall gets 28 million visitors a year. (If you consider that the population of Edmonton is less than a million, that’s means either Edmonton is a city of shoppers or it gets a lot of out-of-town visitors. I suspect the latter.) Last weekend, my niece and I were two of those 28 million visitors. The mall’s claim to fame is not only that it’s the largest mall in North America, but that for 23 years (from its opening in 1981 until 2004) it was the largest mall in the world. That’s no mean feat for Edmonton, considering how many malls there are on this planet.

There’s an amusement park, a water park, an NHL-sized ice rink, a hotel, and, oh yeah, a few stores. Over 800 of them. For those of us urbanites who make it an art form to disparage West Edmonton Mall, we have to remember that Edmonton is a service centre for a vast chunk of rural Alberta. I’m quite sure there are a lot of Albertans who find a one-stop shop most convenient, especially if you have a handful of kids in tow. And a weekend of shopping and water-parking is a nice break from the cold icy winters northern Alberta is known for.

I won’t recommend you go to Edmonton just to see the mall. But if you happen to be in the vicinity, and have never seen the place, check it out. Just so you can say you’ve been in the largest mall in North America.

And then check out what else Edmonton has to offer. For more on that, stay tuned. 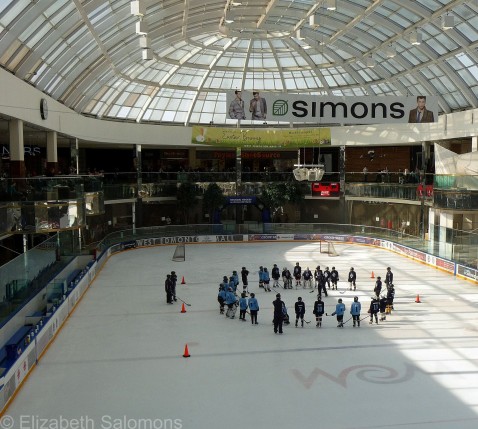