Next up on my tour of schools I’ve photographed: the University of Toronto. I was a student here myself a long time ago, just for a year, and to this day I consider it the prettiest of all the schools I’ve attended (and there’ve been a few).

“They’re neo-Gothic,” I said. Also called Gothic Revival, you see neo-Gothic buildings all over Canada ― our Parliament Buildings in Ottawa are probably the best-known example.

The University of Toronto has been around since 1827, has a dozen colleges on three campuses, and is the largest university in Canada with an enrollment of 75,000 students. I took these photos of the St. George campus when I was in Toronto exactly a year ago this week. 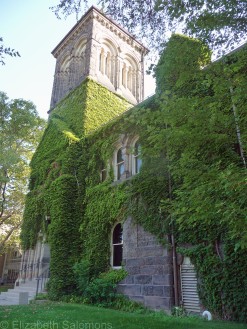 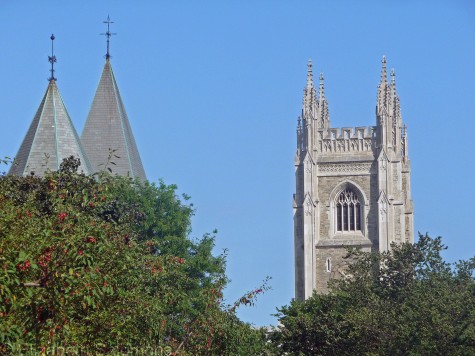 Not all of the buildings on the St. George campus are neo-Gothic. The main building of Victoria University, shown below, is called Richardsonian Romanesque, after its architect, Henry Hobson Richardson.

Trinity College is in the Jacobethan style. 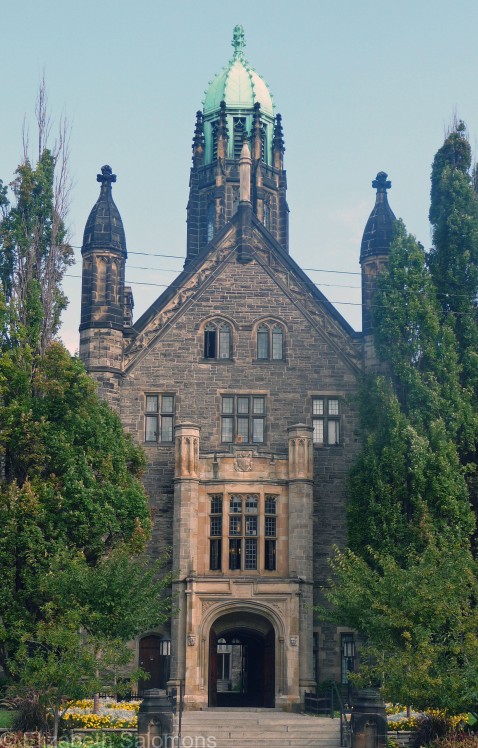 And this monstrosity, Robarts Library, was built in the 1970s in what is known as Brutalist Architecture. Appropriate name for the look, I should think. It’s not-so-affectionately known as “the Turkey” by the students of U of T; I’m sure you can figure out why.