The Lions Gate Bridge is having a birthday, and it’s a big one. It was on November 14, 1938 ― 75 years ago today ― that the bridge was first opened to vehicle traffic. The Guinness family (yes, that Guinness family ― the one that brews the beer) wanted a bridge across the First Narrows of Burrard Inlet to provide access to the land on the North Shore they were hoping to develop. (The area was both then and now known as the British Properties.) To help move things along, the Guinness family offered to pay for the bridge to be built, and the City of Vancouver found itself with an offer it could not refuse. 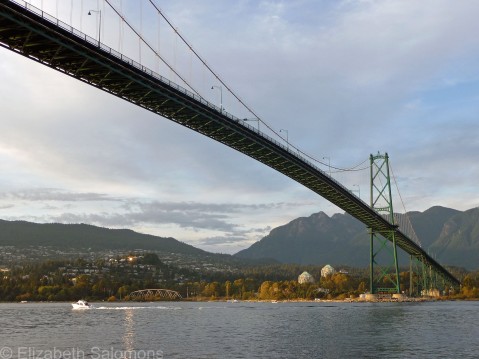 It took 18 months to build the Lions Gate Bridge, its construction came in under budget, and, at the time of its opening, its 1.8 km length made it the longest suspension bridge in the British Empire. It is named after the Lions, the twin mountain peaks on the North Shore that face the city. Two Art Deco–style lions guard the approach to the bridge’s south end.

In 1955, the Guinness family sold the bridge to the province for exactly the same amount that they spent on building it ― a mere $6 million. The Guinness family also paid for the lights that have adorned the bridge’s cables since 1986, as a gift to commemorate Expo 86. 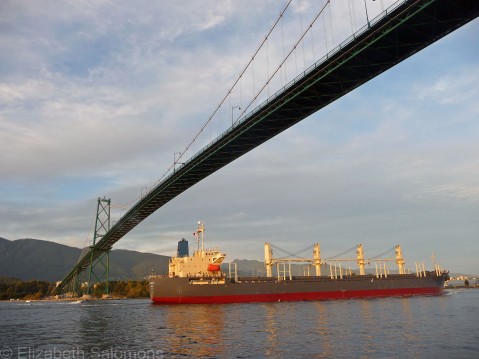 More than 60,000 cars cross the Lions Gate Bridge each day, a number it was never designed to accommodate and which has often led to it being called “Canada’s most scenic traffic jam.” By the 1990s, the bridge was showing its age and serious consideration was given to replacing it. Instead, it was restored and given a seismic retrofit, and its deck was replaced, all at a cost of more than $100 million. All work was done in 12 months between 2000 and 2001 without any disruption of daytime traffic ― no small feat in a city where traffic is easily snarled when any one of its bridges is closed. In 2004, the Lions Gate Bridge was designated a National Historic Site of Canada.