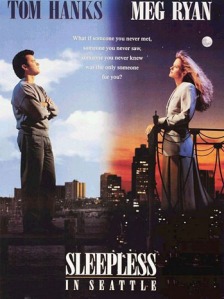 Everything I know about New York, I learned from the movies. (Until I finally went there in real life, of course.) But really ― if you think of setting as character (which I do), then New York is one of  the hardest working actors in the biz.

Nora Ephron’s trilogy of New York films are among my favourite of the lot. I went up the Empire State Building because of that last scene in Sleepless in Seattle. I spent an afternoon wandering the Upper West Side because I loved how it was portrayed in You’ve Got Mail.

But my most surreal New York moment (thus far) was when I crossed Washington Square and had a sudden flash of recognition because of a scene in When Harry Met Sally. Washington Square is where Sally drops Harry off after the longest car ride in history, somewhere near the beginning of the film.

That flash of recognition happened on my first-ever evening in New York. Since our arrival a few hours earlier, I’d literally been pinching my arm every five minutes to make sure I was awake. The air was electric ― I never knew what that phrase meant until I went to New York ― and I swear I could feel the city’s energy envelop me as my friend and I walked from Times Square to Greenwich Village. 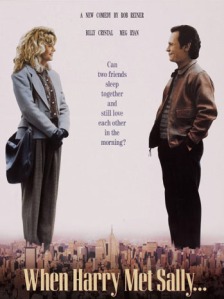 I pinched myself one more time when we reached Washington Square. It’s such a cliché of our times that we measure our real-life experiences by comparing them to what we see on the big screen. But we do. And that’s why I was so thrilled to walk onto what for me wasn’t so much a public square as a movie set used by one of my favourite filmmakers.

After hearing of Nora Ephron’s death last month, and in light of my upcoming visit to New York, I’ve rewatched all of her New York films. They’re classic. There is nothing like being in New York in person, but, if you’ve never been, they’re a marvelous substitute.