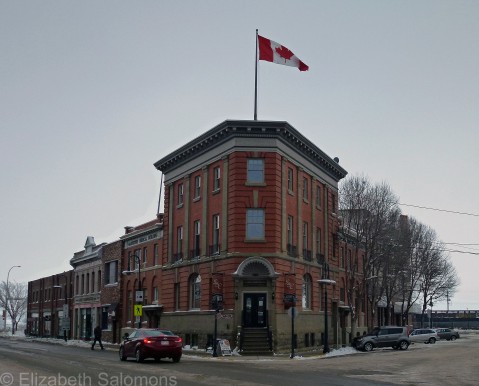 I used this month’s long weekend (November 11 is a stat holiday in Alberta and BC), plus a few of my vacation days, as an opportunity to fly to Alberta for a bit of family visitation. On one afternoon of that extra-long weekend, I was driving through the town of Lacombe with my dad en route to visit my various aunts and uncles and I thought to myself, “What a pretty little town this is!”

I don’t know the town of Lacombe very well, even though a whole passel of my relatives still live there and even though I spent a good chunk of my summers in the Lacombe area when I was growing up. That’s because we always parked our family tent trailer on the dairy farm of my aunt and uncle and there were far too many fun things to do on the farm for any of us kids to want to go into town. (I highly recommend spending summers on a dairy farm when you’re a kid.)

Anyways, the very same day (is that a weird coincidence or what?) that my dad and I were driving around Lacombe, its Historic Main Street (50th Avenue) was selected by the Canadian Institute of Planners as Canada’s Great Street for 2013. (Who knew there was a Canadian Institute of Planners? Not me.) The story made the local TV news that night, and it gave me an excuse to go back the next day and take some photos for this blog.

The architectural style of the buildings on Lacombe’s 50th Avenue is Edwardian ― that’s the style that was in vogue during the first decade and a bit of the last century. Lacombe’s Flatiron building (see above photo) was opened in 1904 and is the oldest flatiron in the province. 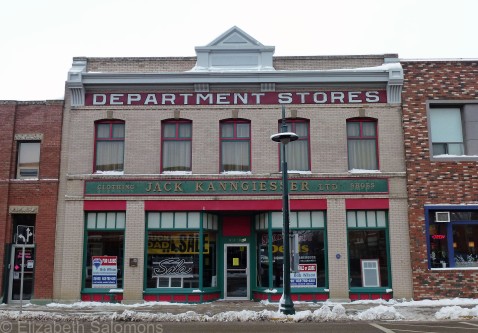