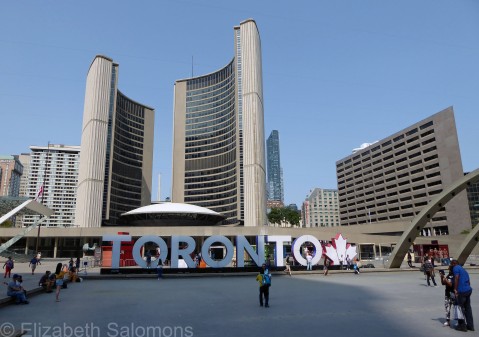 Toronto is many things to many people. For me, it is the city where I found my tribe, in that clichéd manner of speaking.

It’s where I moved to strike it out on my own as a young university grad. Back then, employment prospects in the Vancouver area — a region still struggling to rebound from a recession years after the rest of the country had recovered — were slim to non-existent. After a year of working at a dead-end job, I realized I had no chance of a meaningful career if I stayed. I didn’t know what I would find in Toronto, but I knew I wanted my chance to find out.

And so I loaded up my trusty Honda Civic with my belongings and drove across Canada. When I arrived in Toronto, people were shocked I hadn’t arranged for a place to live — the vacancy rate in the city at the time was close to zero. But as I perused the postings at the job centre, I knew I was in the right place. Toronto was booming. And, despite the naysayers, I soon found a place to live — a small post–World War II bungalow near Yonge and Finch that I shared with a college friend and some other people. The neighbourhood was called North York, but I knew it as Willowdale.

Back then, Willowdale was very much a white, suburban neighbourhood — not nearly as diverse as it is today. I had easy access to both the subway and the 401, but I was eager to move closer to downtown. I left Willowdale for Davenport — a neighbourhood on the edge of one of Toronto’s Italian neighbourhoods — and then, a few years later, on to Roncesvalles Village, the centre of Toronto’s Polish community. Another neighbourhood I got to know well was the Danforth, the largest Greektown in North America. Many of my friends lived there — still live there — and it is where I now stay when I visit Toronto.

This is the thing: Toronto is a city of neighbourhoods, each one as diverse and different from the others as one person is from another. It’s what makes Toronto feel like a small town, even though it’s so much not.

Once my Civic was unpacked, I signed up with a temp agency to give myself some time to figure out what I wanted to do next, which soon led to a permanent job. Grad school was beckoning, but so was a real job, and within a year, I was launched into the world of publishing, an industry that to this day I find extremely satisfying to work in. For that opportunity, and for the life-long friends I’ve met working in the industry (they would be my tribe), I will always be grateful to Toronto.

So when Toronto is hurting, so am I.

I started writing this post a few months ago, after the van attack in North York that killed ten people. The stretch of Yonge Street where all those people died on a sunny Monday afternoon in late April was the stretch of Yonge Street I drove or walked on an almost daily basis my first two years in Toronto. I wasn’t at all surprised that someone I know knew someone who witnessed the immediate aftermath of the attack. It’s a small world, after all.

Sometimes words fail and I gave up trying to write about what I was feeling at the time. But it has not been a good summer for Toronto. Once again, tragedy has hit close to home. Last Sunday’s shooting on the Danforth began only a block away from where a close friend of mine lives, and she missed being on the wrong street corner at the wrong time by a mere 15 minutes.

I’m still not sure I have the words I need. Hashtags are well meant, but I suspect will soon be forgotten by most of us in today’s world of five-minute news cycles.

Those five-minute news cycles are the result of our constantly changing world. I was reminded of this yesterday in my own neighbourhood. The garbage and recycling bins on Davie Street were taped shut in preparation for last night’s fireworks and city dump trucks were parked at the end of my street to prevent a van attack. Precautions like those are the new normal, but, truthfully, they do not worry me, just as going through security at an airport does not. I walk the streets of my neighbourhood in full confidence that I will return home again.

Sometimes the difference between making it safely home or being in the wrong place at the wrong time is only a matter of minutes. Why someone is spared and another is taken are questions we will never know the answers to.

What I do know is this: I have never felt unsafe on the streets of Toronto, nor do I believe I ever will. And I can’t wait until my next visit, when I will stroll the Danforth with my friend on our way to dinner on a patio.

Because there is nothing better than hanging out on a warm summer evening in one of the liveliest neighbourhoods in the City of Neighbourhoods.

3 responses to “City of Neighbourhoods”